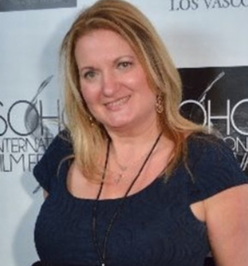 Donna McKenna, CSA, is an international award-winning casting director and producer with nearly 20 years experience casting independent feature films, shorts, and web series.  Her work has screened at the Cannes Film Festival, the Berlin Film Festival, the Milan Film Festival, and the Tribeca Film Festival.  She received the Casting Award of Merit (2015)  at the IndieFest Film Festival for her work on Leaves of the Tree, starring Eric Roberts, Sean Young, Federico Castelluccio, and Armand Assante, filmed on location in Texas and Sicily.

In addition to casting and producing, Donna tours the globe teaching film and acting workshops at renowned schools, including the SAG-AFTRA NYCAP Program.

Donna has built a reputation for her successful negotiating abilities and is respected for her critical and creative problem-solving abilities and recruiting skills.  Her genuine, likable personality make her a casting director and producer that many want to work with again and again.

She is a proud member of the Casting Society of America, an appointed board member on the Suffolk County Film Commission, and a film judge at many respectable film festivals.