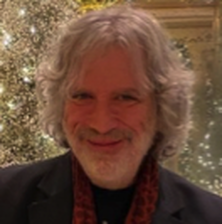 In the mid-90s, Adelman stepped into the role of President of Production for Cineville, overseeing the development and production of over ten award-winning independent films. He left Cineville in the late 90s to work as an independent producer of Film and TV. He worked on films such as Murder in the First and The Usual Suspects. In 2002, Adelman settled down as Vice President of feature production at Handmade Films. He oversaw the development and production of their entire slate.

Most recently, Adelman launched his development, packaging and financing company called TDA Pictures. In 2019, Adelman co-authored a book on the making of the Chuck Berry movie Chuck Berry: Hail Hail Rock N’ Roll, on which he was the line producer and which was directed by Taylor Hackford and musically produced by Keith Richards. He has also just written his memoir, which will be published in 2021.

​He is a member of the Producers Guild of America and resides in Los Angeles, CA.