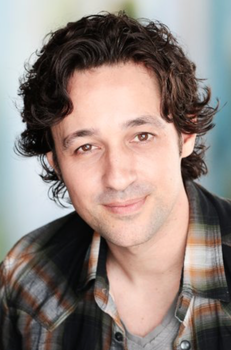 Thomas Ian Nicholas is a film actor, director, producer, and writer.  Nicholas is best known for his leading roles as Henry Rowengartner in Rookie of the Year and Kevin Myers in the American Pie series.  Nicholas has played other exciting roles including the Roger Avary-directed Rules of Attraction.  In Showtime's movie Stealing Sinatra he portrayed Frank Sinatra, Jr. and co-starred in Halloween: Resurrection.  In 2009, he played a rookie cop in the drama Life is Hot in Cracktown and Eugene in Nicole Holofcener's Please Give, which won the 2011 Indie Spirit Robert Altman Award.  He also portrayed Abbie Hoffman in the film entitled The Chicago 8.

In 2001, Nicholas made his debut as a Producer/Writer/Director with a short film entitled, The First Gig.  He later produced, wrote, and directed the feature-length version, L.A. DJ.  He has also produced and starred in four feature films including Fading of the Cries, a drama/thriller, The Lost Tree, a found-footage vampire movie with Michael Madsen, Living Among Us with William Sadler, the late John Herd, Andrew Keegan, and the upcoming supernatural drama, Strange Ones.

In 2013, he sat in the director's chair again with his wife, DJ Colette's most recent music video, Best of Days.  Recent releases include Walt Before Mickey, where Nicholas portrays a young Walt Disney during the struggles of his early life and career.  He was also a series regular on the FOX TV drama series, Red Band Society, which was executive produced by Steven Spielberg.  Upcoming projects include Zeroville, where he portrays Martin Scorsese, directed by James Franco, and Honor, which he will star in, direct, and produce, as well as an untitled Joe Pepitone project, which he will direct and produce.