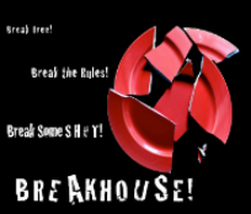 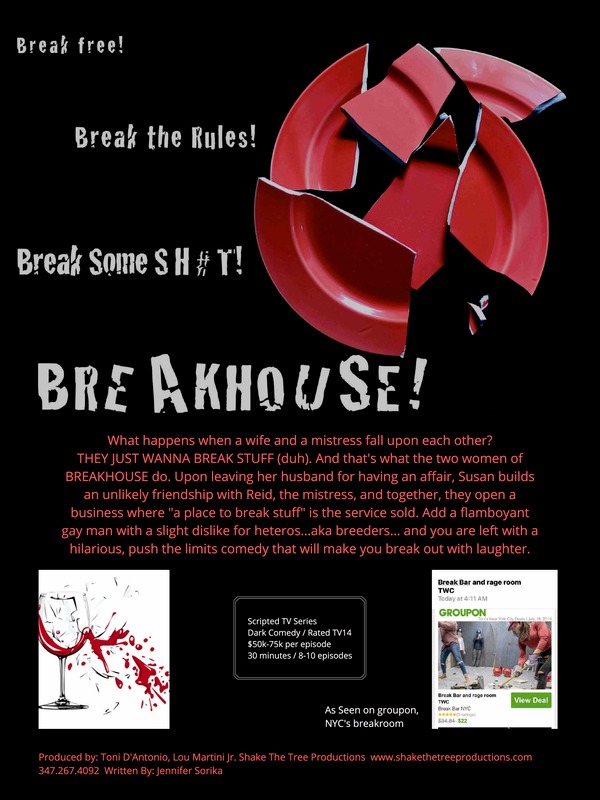 When a wife and a mistress fall upon each other, they just wanna BREAK stuff (duh).  That's what the two women of BREAKHOUSE do.

Upon leaving her husband, Susan builds an unlikely friendship with his mistress, Reid.   Together, they open a business...
where "a place to break stuff" is the service sold and the clientele are as colorful as the wares being thrown!

Add an ex-husband who just won't go away, a set of meddling parents and a gay best friend and you’re left with...a hilarious, push-the-limits comedy that’ll make you break out with laughter.
Full pitch available.