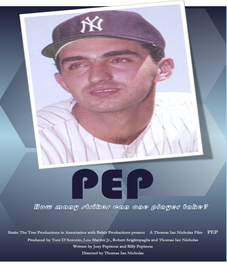 UNTITLED JOE PEPITONE PROJECT
A Feature Film
​written by Joey Pepitone and Billy Pepitone
directed by Thomas Ian Nicholas (attached)
produced by Rob Sciglimpaglia, Toni D'Antonio, Lou Martini, Jr., and Joseph Pepitone
How many strikes can one man take?
Joe Pepitone, a working class kid from the Brooklyn, sets his sights high for fame and success in baseball.  This young baseball prodigy’s talents take him to the top of the world.

Overcoming an abusive father and a near fatal shooting, Pepitone becomes a New York Yankee star, winning a World Series his rookie year, yet the lure of fame proved too much of a temptation for his inner demon; Joe was dragged so far down, he hit rock bottom.  Striking out at every turn, Joe threw it all away on drugs, women and wise guys.
​
This true story tells the tale of his difficult journey and how, after he loses it all, he returns to the one place he calls home and the one man who can help him turn it all around.
​
A true bio-pic, Pep  will chronicle Joe  Pepitone’s life story while showcasing some of the greatest baseball footage on screen. A history lesson for Yankee fans and baseball fans all around, this film will foster nostalgic memories of the purity of the game while exposing the personal struggles and pressures of being a baseball superstar. In the same vein as Eight Men Out, 42, The Natural and 61, this film--based on true events--will bring an accurate depiction of a rich family history and legacy to the big screen with direct knowledge built from a strong relationship with the writers' uncle, Joe Pepitone himself.  In addition, director Thomas Ian Nicholas brings his own authentic history and knowledge from Rookie of the Year.

In the words of Walt Whitman...
"Baseball is our game, the American game.
​It will repair our losses and be a blessing to us." 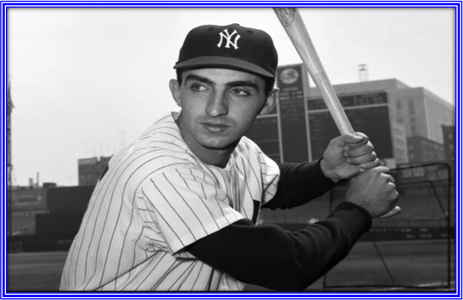 With World Series winning coach Rich Donnelly as our baseball consultant, Pep will include myriad cameos by actual athletes, which will broaden the demographic for sales in multiple worldwide territories.
Full pitch available.