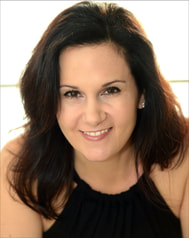 Ellora DeCarlo has worked as an actor, singer, writer, and producer in New York for over 19 years. Growing up in the San Francisco Bay Area, her passion for the performing arts started early, but it was when she fulfilled her life-long dream of moving to New York City as an adult to train formally that the producer card came calling. Her philosophies of “If you don’t know how to do it, find someone who does” and “Everybody Wins” are a good fit for the job and have led to many meaningful projects and relationships.

Wife, Mother, President/CEO of Bossy Girl Productions, and International Child Advocate are some of the cherished titles she holds. Whether on stage, in front of the camera, or behind the scenes as investor and producer, she is always infused by the energy and talent of the good people of New York and inspired by the creative art of storytelling.
Production Credits include:

In 2006, Ellora wrote, produced, and starred in her own off-Broadway Musical, Thick n’ Thin.  As Executive Producer for the feature film, Alto, she relished collaborating with best pal and colleague, Toni D’Antonio. She is thrilled to be with the creative and talented cast of Mooch.
Ellora currently resides in East Hampton, NY, with her husband, Gary J. Cooper, and 4 Children:  Lorenzo, Leo, Julia and Lola Joy. She was the co-founder of Guatemala 900 and Futuro de los Ninos (where she also served as President).  She sat on the boards of the Joint Council for International Children’s Services and Semillas de Amor Children’s Village in Guatemala.