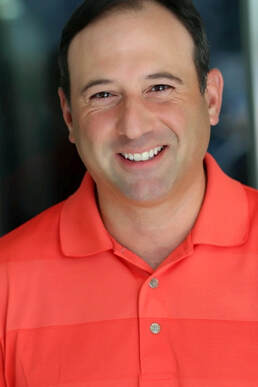 Besides television, he has done many film projects in leading or supporting roles.  Most recently he shot a short film called Within and Without that he produced as well. He won several best actor awards, and the film has won over forty festival awards.  He also shot a Sci/Fi project called One in which he is the lead actor, starring opposite Lance Henriksen (Aliens, Close Encounters. Millennium). One of Rob's most notable roles was a film called Home/Sick, where he played the lead character suffering from agoraphobia.  His portrayal of the character was so real, an actual sufferer of the disorder wrote to express that to him.

Robert also played the role of Howard Wagner in a recent stage production of Death of a Salesman, as well as leading roles in the off Broadway plays Tables, Downsized, Assaulting a Vagina, and Widow's Paradise.

Robert has done on camera and voice-overs for many recognizable brand names.  Perhaps his most prominent VO project to date was as the director of the sessions for BIXBY, the voice of the Samsung Galaxy phones and products.

Robert is also the author of the book Voice Over Legal, which hit NUMBER 1, on the AMAZON BEST SELLER LIST for Entertainment Law Books.  Recently Robert has taken on the roles of production attorney, Producer and Executive Producer for several projects as well, and he started a full-fledged production company called Belair Productions, LLC.

As far as Robert's personal background, he was born in Stamford, Connecticut and one of three brothers, Robert graduated from Stamford Catholic High School in 1984. After attending Eckerd College in St. Petersberg, Florida on a baseball scholarship, an injury forced him to transfer to the University of Connecticut, where he graduated in 1988 with a Bachelor of Arts degree majoring in Political Science. Robert then graduated from Pace University School of Law in 1991. He passed the Connecticut, New York and Pennsylvania bar exams on his first attempt and was admitted to the Connecticut Bar in 1991. He is currently a practicing attorney, as well as an actor and accomplished voice-over artist.